In January we discovered that passports would be needed for the entire family.  Even you Madelyn – at 1 year old! Looking back, it shouldn’t have surprised us, but it did.  This wasn’t a problem for your mom and I, but you three were another story.  This is truly where the adventure began.

In the middle of February we took everyone to the local CVS to get passport photos taken.  We knew this would be wilder than imagined, but were still not prepared.  A very funny observation was made that day: we train our kids their entire lives to smile when we take a picture and guess what you can’t do in a passport photo…smile.  It took Johnathon and Christopher at least 10 takes to get an acceptable photo.  I found this to be hilarious….after getting home of course.

Madelyn, you on the other hand had just turned 1 and we could barely set you down before you started reaching out for us.  This took well over 10 takes, but you get a pass.  We tried a chair, the floor, and a blanket – you weren’t having any of it.  The whole ordeal really went south when the lady started taking photos of you while in moms arms.  At that point, we opted to leave…it was creepy and very counter productive, those photos would have never been accepted for a passport.

In the end, we were in CVS for just under an hour and left the store frustrated, sweaty, and laughing.  It was Awesome!

The last part of the process required us to take a day off of work to visit the local post office to submit the applications in person.  We ended up calling around and finding an opening at a small town post office about 20 minutes south of Olathe.  Upon arrival, we opened the door into a post office that was no more than 10′ x 10′, with the walls lined with boxes. 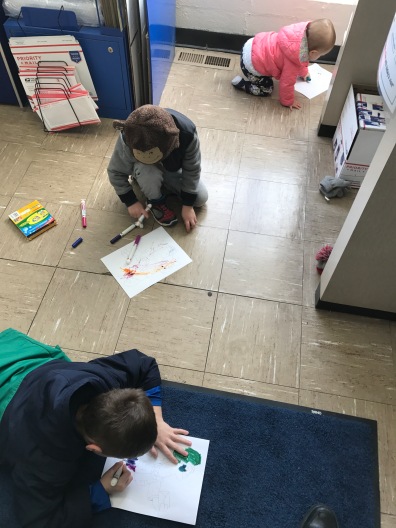 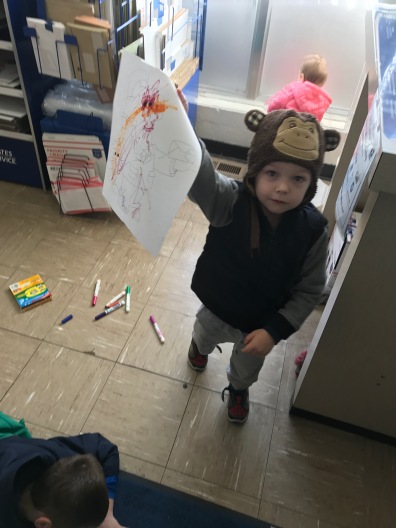 The lady behind the counter was amazing.  She provided coloring paper and markers for you all to play with while we tried to get the paperwork submitted as fast as possible.  In the end your mother was the reason we got out of there in 30 minutes. I was busy trying to stop Madelyn from shipping herself to Nana & Papa or Grandma & Grandpa, Christopher giving himself marker tattoos, and Johnathon touching every paper product in all the bins.

We couldn’t wait to get you on an airplane for 15hrs. Till then…

This site uses Akismet to reduce spam. Learn how your comment data is processed.