Just before we decided to take this assignment we got in the habit of going bowling as a family outing at least once a month.  Johnathon really enjoyed bowling and after some time so did Christopher.

We went to a place called Main Event, when a new location was built only a few miles from our house.  In Mumbai we spent a lot of time in R City Mall the first few months gathering household home items to clean, store, you name it. 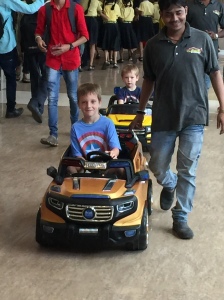 We went so often that about 3 months into the assignment we were passing R City and Christopher pointed at it and said “Daddy, that’s the mall we used to go to!”.  I could only laugh, because after spending hours there each week we finally got to the point where R City was a once or twice a month outing.  The photo at right was a typical outing to the mall.  Each time the kids got to ride a train, double decker bus, or drive electric cars.

After spending hours in R City each weekend roaming the layout we finally started to get a feeling for what was there and how to get around.  About 4 weeks into our assignment we were invited by a co-worker to meet at TimeZone.  Which we learned was on the 4th floor of R City mall.  The place was a hit. 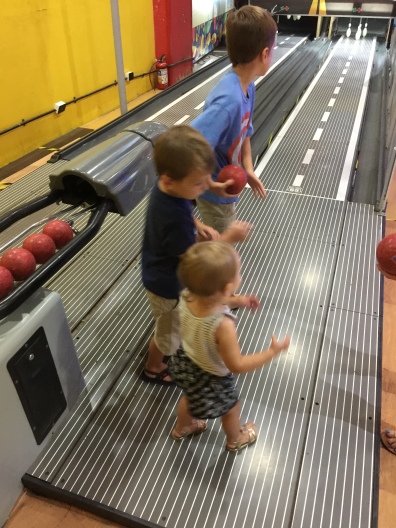 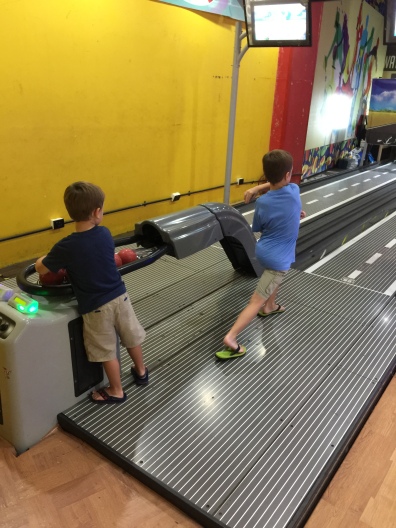 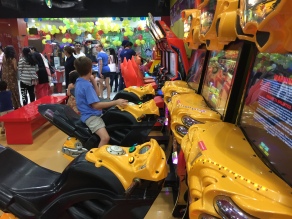 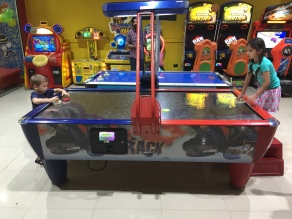 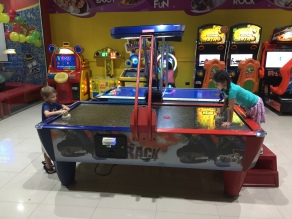 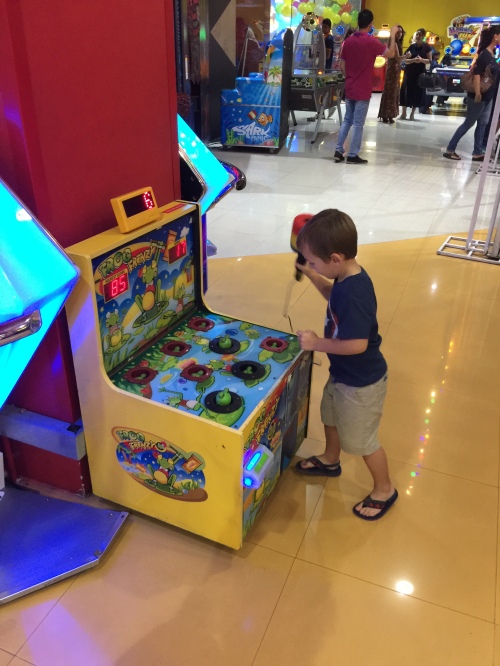 We wondered what kind of payment they would take, because coins here only existed for denominations of less than 10 rupees.  And heck if games were only 10 rupees we could be there all day for the same price we spend in Main Event after 5 minutes.  We weren’t so lucky, but it was much cheaper.  The system was setup much like Main Event in that you pay for credits that get put on a card that you swipe at the machine.  Most games cost only 25 rupees, or about $0.35, compared to a single game at Main Event which costs $1.25.  TimeZone had a bowling game, really a small version of real bowing that took cards, table hockey, and all sorts of video games.

This site uses Akismet to reduce spam. Learn how your comment data is processed.